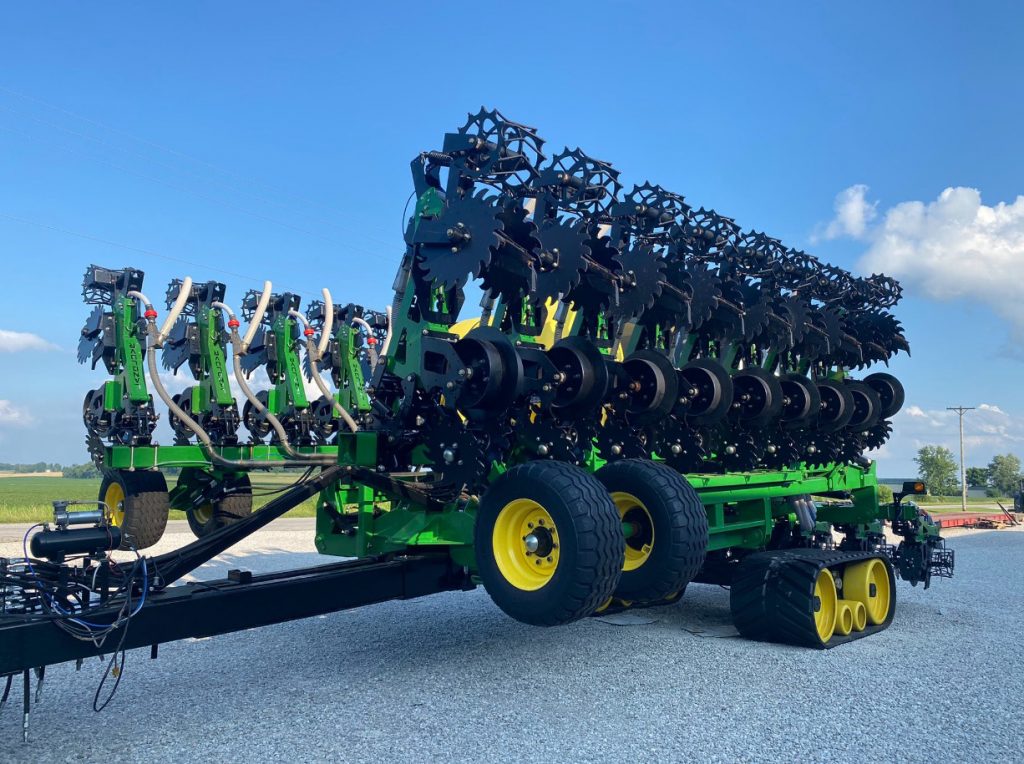 Land Luvr was originally founded by Lyn Rosenboom. Lyn’s ties to agriculture began on their family farm in Clifton, Illinois. While Lyn was working on the family farm, he began to develop various prototypes of agricultural equipment. His first major undertaking was a planter system on tracks. This design eventually evolved and transitioned into the manufacturing and marketing of the Land Luvr track undercarriage system.

In 2010, after more than 10 years of perfecting the design, Lyn sold the Land Luvr track business to a multinational corporation.

The Progression of Land Luvr

In 2017, Rohrs Farms purchased a freshener bar and units from Lyn. A few years later, in 2019, Lyn and John began working together on a 45’ 27 row, 20” Strip-Till Bar. The following year, Lyn and John decided that Rohrs Manufacturing would be the manufacturer for the Land Luvr line of Strip Till, Strip Fresheners, and Fertilizer Applicator Bars.

Lyn and John share a passion for producing high quality products to help farmers streamline their efficiency in the field. Focusing on Precision Fertilizer Placement, Land Luvr continues to grow and evolve each and every day to bring farmers the top innovative equipment.